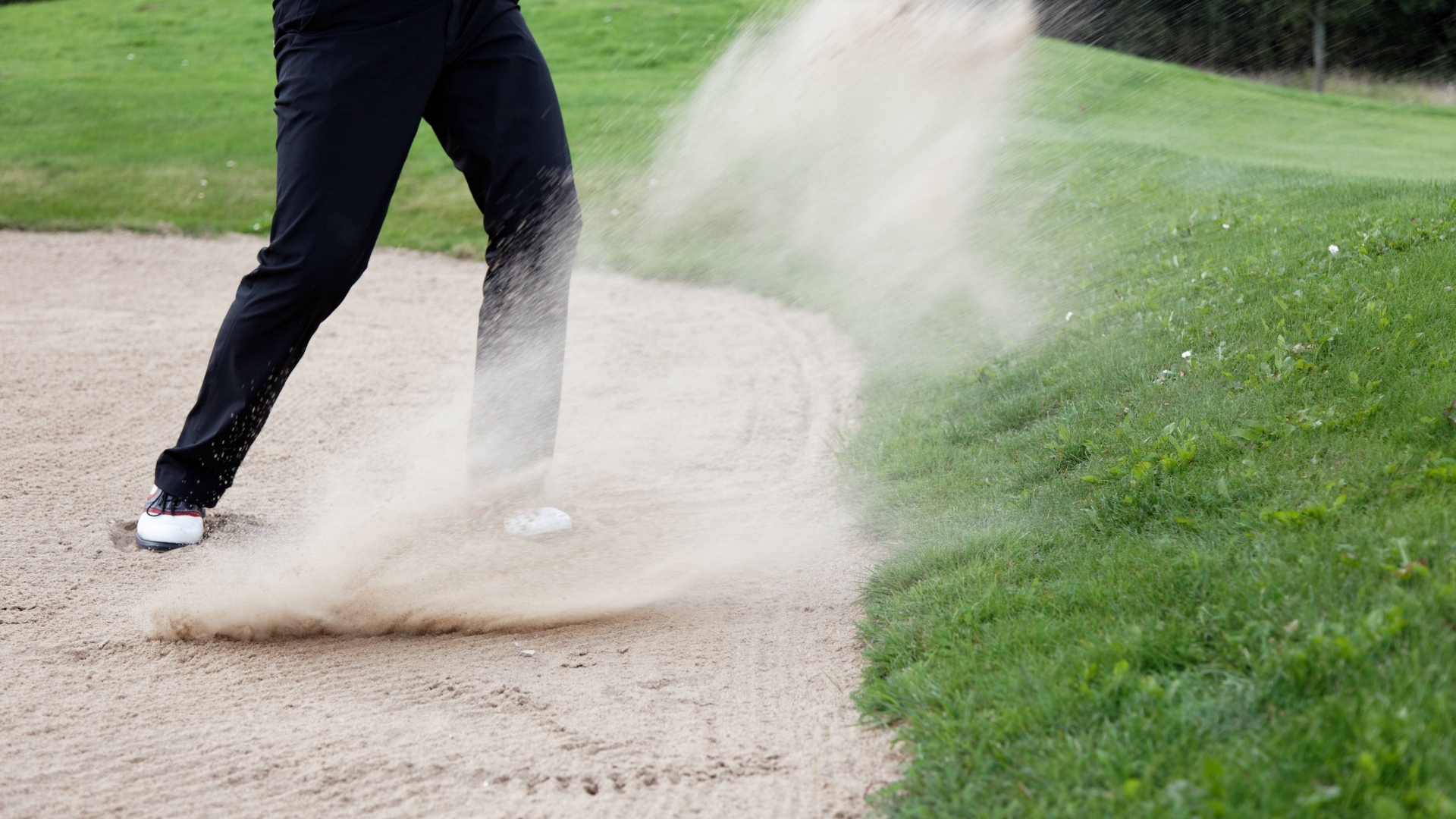 How To Hit A Bunker Shot

Made to Score with Jordan Spieth:
How to Hit a Bunker Shot

Finding yourself in the sand is never a good feeling on the golf course. Get yourself out of the bunker badlands and back onto the green quicker with these Pro Tips from PGA TOUR pro Jordan Spieth.

Playing out of a bunker can be a difficult challenge for any golfer, no matter their skill level. Even professionals like major-winning golfer Jordan Spieth need to practice their shots to avoid staying in the sand for too long. By taking the time to perfect your attack, you can become better prepared for easier bunker exits.

Start off in a wide, athletic stance similar to your approach for flop shots.

Be sure that your weight is positioned with the slope of the sand trap to help come down on the ball more effectively.

A bunker shot is going to employ a “cut swing” style, which means your attack should be energetic into the sand, impacting right behind the ball. “You want to splash into that real aggressively,” says Spieth, “and then your club will carry the ball and the sand out.”

He adds that as long as your swing is in line with where your body is aimed, then the ball should come up and out right on line toward the intended target.

So, next time you find yourself in a sandy situation, give these techniques a try and you’ll be ready to take on the challenge with more confidence.